My plans, their needs, and God's grace

I just formally dropped my class. After just 48 hours of trying to balance being a student on top of a wife, a mom to 2 little ones and being displaced as we house hunt it was easy to see something had to give and it was a toss up between the class and my sanity because I wasn't prepared to let it be any of the other things.

I am not a quitter by nature. When things get tough I usually buckle down and persevere so it's hard to give myself s break when it comes to this decision but I feel such a sense of relief and peace since it was made that I trust it's the right thing.

Levi is 2, busy and raring to go always but needing my attention to keep a sense of normal in his unstable living situation. All the talk of impending change that he is exposed to impacts him and he enjoys routine which takes energy. He is pushing boundaries as every good 2 year old does and needs intentional one on one time as well as consistent discipline and consequences to his actions. It's exhausting to parent a toddler well but I enjoy my time with him so very much as I hear his little mind process the world. I don't want to miss it.

Nora at 7 months is moving and crawling and pulling up on furniture already. She is growing like a weed, needing to eat all the time. She is adjusting to sleeping in her crib after having co slept for most of her life to this point. With all of us sleeping on one room we have not been able to let her figure it out in the crib when she wakes up because she is LOUD when she is mad and we don't want her to wake Levi. She needs consistency. She needs to feel safe and it will take time and routine for her too. Talking about her feisty-ness, she is a mama's girl. During the day she can spend time with other people, take bottles and even settle to naps for her Grandpa or her Grandad , but in the evening she wants me. This made homework in the evening impossible, and really that is the only time that I would have consistently.

The past two nights with poor Daddy trying to get Nora back to sleep while she yells at him and screams like shes dying have not been fun. I am not saying this is a healthy pattern, but its one that will take thought and time to change. Not easy to stay calm and make such plans with assignments for school due and the pressure that comes with that weighing on me.

There are story times at the library, swim lessons, MOPS, playdates, Levi potty training and asking constantly if I can play trains with him, plus Nora starting to pull herself up and take little steps as you hold her hands. They are both growing and changing so fast and there is so much I want to do with them. I don't want to miss it.

Plus, time with Jeremy is scarce as it is and spending precious time and energy solving linear equations felt ridiculous when my hubby was sitting next to me on the couch after I hadn't seen him all day but I still couldn't just catch up and hang out.

Last night I was in tears carrying the weight of all I had on my list. I felt like I couldn't do the things I wanted to do because I had to do school work which I felt obliged to do. Don't get me wrong, I want to finish school. I would love to get my AA and even a higher degree someday but its never been something I have particularly felt God point me towards. I believe he blessed my decision and used it for good, but as I poured out my heart last night I felt him say that I had the freedom to drop the class and come back to school things later, maybe much later. I hate leaving things unfinished but I had such a peace that this was the right and the best thing for our family.

Jeremy left for a work trip this morning and we snuck out kidfree this morning for coffee while his parents did breakfast duty at home. We talked more and decided I would pull out of the class today so I can be present for the kids and all the life things we have going on.

So I did it. I dropped the class and then I spent the morning playing with the kids. It was so much fun. I think the weight of this class has been looming over me for much longer than I realised. I suddenly felt free to make plans. To be excited abut pumpkin patches and making photo books from our vacation and decorating a new house (someday, if we ever find one) and to think about cooking delicious meals in my favourite season of the year - instead of having a heart to do these things but a sense of stress to how to fit them in or sorrow as I resigned myself to the fact that I wouldn't have time for them.

As I type this I am feeling more and more joy and peace. Sometimes it's truly about realising own limitations and recognising what we can and can't do. I can called to be a wife and mother and I am embracing the freedom to do those tasks well!!

I'm off to pin on pinterest for a dream playroom now while the babies are napping!!

[But seriously, who wouldn't want to hang out with these goobers if they had a choice?!] 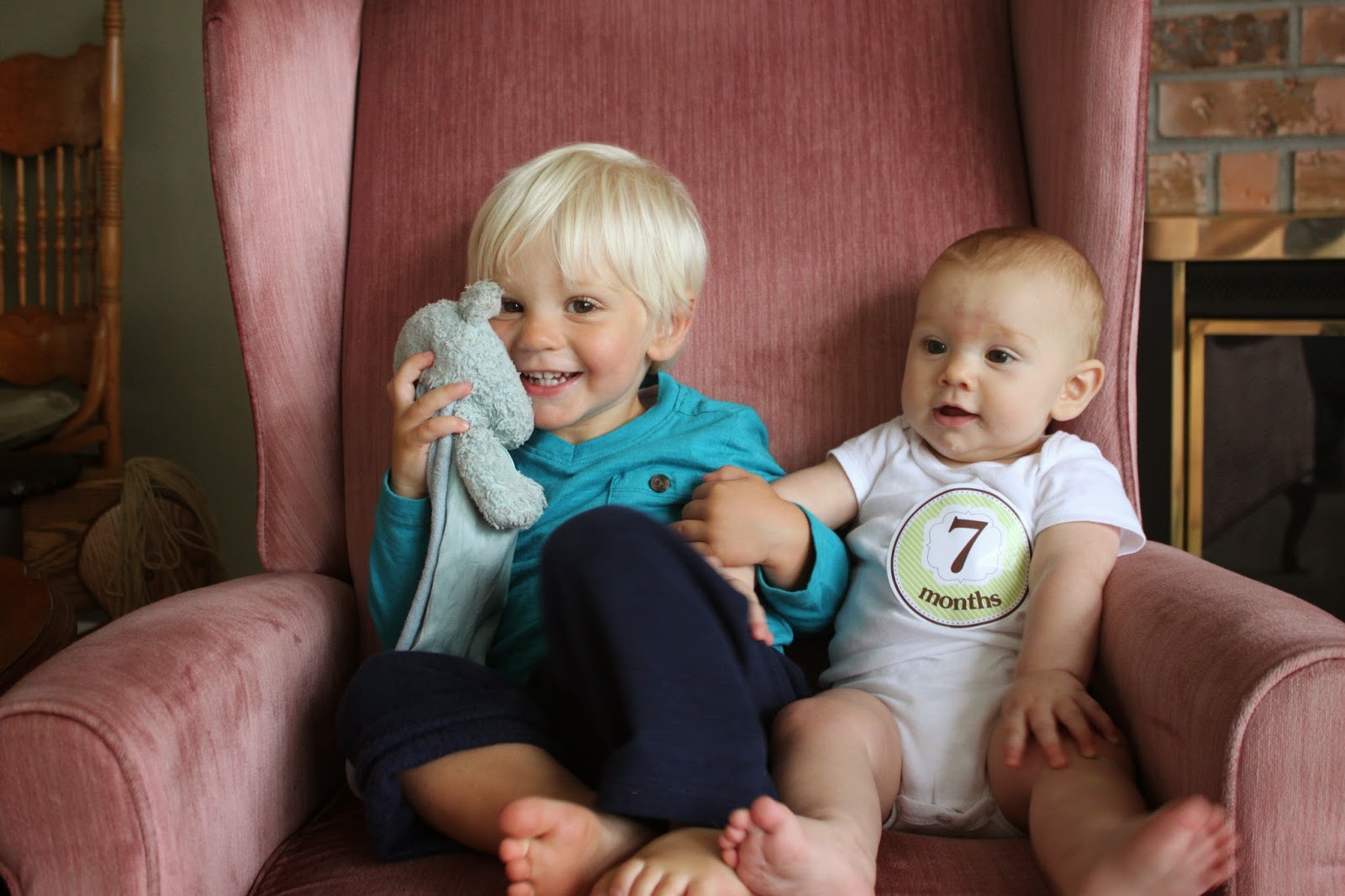