One at a time

My babies are growing up so fast into little people of their own. I feel like it happened overnight. I am certainly no longer parenting a baby and a child, I most definitely have two full blown children!

At a recent playdate with a good friend of Levi's who we hung out with a bunch this summer it struck me so clearly. Nora was no longer content to sit with me while the boys played, or get on with her own game, she had to be right where all the action was, getting in on all the tussles for certain toys and had to be involved in the games the boys were playing. Such a difference from the easy days of summer playdates where I could really just keep an eye on her while she amused herself and the only kiddo I had to worry about watching more closely was Levi and his lack of willingness to share or take turns. Holy moley. "Parenting" two children, especially two that have such strong wills (I thought second borns were supposed to be easy going?!!) is a whole new, exhausting, ball game!

That said, I am realising more and more the importance of spending quality one on one time with each of them. Having time to truly see each of my kids; to learn what they love in this moment, how they play in this season of life, seeing newly acquired skills and teaching and encouraging those to emerge is so very needed, by all of us.

L and N were born only eighteen months apart so it feels even more important to take time to see them on their own. They are close enough in age that many activities are things we do together and I just expect them to experience it in the same way - which in some aspects they do, but in so many ways their experiences are vastly different and I want to make sure that I am taking time to value each of those experiences.

This is something I have been pondering for a while but this morning I was able to volunteer in Levi's preschool class while Grandma and Grandpa hung out with our Nora girl. It was such a gift.

My little boy is challenging at times, and he's certainly become a ball of emotion since turning three but he is also growing into a sweetheart, a respectful young man and a kind and fun friend. I just loved being a fly on the wall in this place where he spends 9 hours a week, usually without me. He is confident but polite, he knows the routines and has developed sweet friendships with the boys and girls in his class. It's fun to see who he chooses to play with as well as seeing kids pursuing him to play. Seeing the things in his classroom that he is drawn to was also eye opening; at first he just wanted to show me everything and went from activity to activity but he settled down and I was impressed with the things he chose to play with for longer, who knew he would be entertained for so long by the magnetic dress up doll that could be a fireman or an astronaut or a cowboy? But he and a friend spent ages dressing and changing him. I was especially impressed by how he cleaned up when it was time!

He was loving having my complete attention and it was a really heartwarming time to see his eyes lighting up when I responded that I could play whatever game he was asking of me. No distractions.

I had to set out the snack for the morning and he helped me, and he actually helped. When did that happen? When did he become a kid that was old enough, skilled enough and willing enough to be a true helper?

We were talking in the car on the way home about the family and friends we were going to invite to his Christmas performance and after I finished the list he sighed happily and said, "it's all the people we love". Melt my heart, yes indeed sweet boy.

That time together set the bar for the quality of the rest of our day too. Everything seemed easier because he wasn't fighting for my attention. He'd had that time. He'd been seen and heard, appreciated and known and his heart was content.

So Levi this is what life looks like for you at three years, and almost 4 months old;

You love riding anything with wheels; bikes, trikes, scooters, cars.

You are becoming quite the telly addict (we are working to keep your tv time down - it certainly increased with my crazy first trimester of morning sickness) and your faves are; Paw Patrol, Super Why, Super Wings, Fireman Sam, Wild Kratts and Caillou. And you use these shows to base a lot of your imaginative play while expanding the themes to some crazy games.

You still LOVE to drink milk - about 32oz a day

You are starting to be dry through the night most nights and are totally toilet trained in the pee department during the day but always ask for a pull-up to go number 2 - we are working on getting that habit changed but for now it works.

You love to play with your sister but you have a hard time remembering to be gentle sometimes. You also struggle to share toys but are pretty good at trying to find something she would want to trade with you so you get what you want! Ever the negotiator!

You are so excited to become a big brother again and ask to listen to the baby's heartbeat often, getting so excited when you do. You  wear your loveys in your shirt a lot and then birth a new tiny baby who cries a lot and needs his mummy - which is you!

Speaking of, Loveys are still your best friends in the whole world and go everywhere with you.

Your language continues to explode and it blows us away - the other day at the park you made us laugh when you yelled, "Quick! Run! The creditors and coming!" We are fairly certain you meant predators but it was hilarious at the time!

Ok, there are a million more bullet points I could write but I'm going to leave it here. And sign off this blog with a reminder to myself to fight to make individual time for each of my kids in my schedule and to spend it getting to know their world better, and I encourage you other mummies to do the same as and when you can. It will warm your heart I promise.

And as they say, the days are long and the years are short. Before long, Levi might not want me to share his world like he does now,. One day it will be the last time he asks me to play trains, or read dinosaur dig. One day he won't need to ask what sound a particular letter makes because he will already know. I am hopeful and prayerful that investing individually in the kiddos will foster a stronger connection into the future.

I love my kids fiercely and this individual time lets them see that in an unquestionable way. 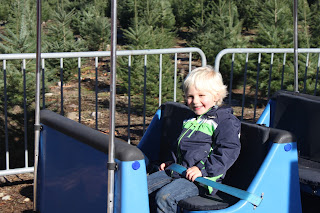