Beautiful sunny day here in Seattle. J and I decided instead of date night we would make the most of the sunshine and have a date day!
After a much needed (for J) sleep-in this morning I made a big breakfast while he caught up on the 'Tour de France', his absolute favourite sporting event and it makes me happy to see him enjoying it so much. We have even talked about the possibility of going over to France one year to follow the tore and see more of the French countryside. It's all talk as of now, but it could be a fun adventure in the future!

After we were totally stuffed from breakfast, we headed to Denny Blaine Park, one of the many beach parks that are just spectacular on a day like today. We wanted to have a view of the water while we laid out and read. I wish I had worn a swim suit because it was hot enough to swim I would have been tempted to take a dip in Lake Washington as many others were doing! We laid back and soaked up the sun, stopping every once in a while to share a thought or two. 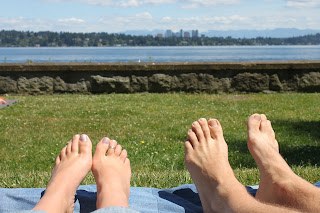 Jeremy has been travelling quite a bit for work recently. This past week we was gone for two days in Michigan for a hearing. While it was only one night, he left early in the morning and returned late at night so it felt like longer. I am getting more accustomed to staying in the house alone but I don't particularly enjoy it. When he has been gone we try to make an extra effort to reconnect after he gets back. It is strange how much distance can creep in even after just a couple of days apart so we try to be intentional to not let it! This date day was a great way to reconnect after this most recent trip.

Laying in the sun was just part one. After a few hours we took respite from the heat for a while in 'Oh Chocolate' a boutique candy store that I happened to buy a Groupon for a while back. It was for two glasses of wine and two of their homemade truffles. J got a salted caramel and I got a fig and dark chocolate truffle to go with our delicious glass of vino. Oh Chocolate! Oh my! So good. And we really lucked out because there was a chocolate class happening later and the owner was getting some chocolate dipped strawberries ready and just happened to have some extras which we gladly taste tested!

I don't know what you got up to today, but I hope you found some beauty and some laughter. I am so thankful that in life we get days like this one every now and then, when everything just feels right with the world and everything seems perfect - even if it's not. 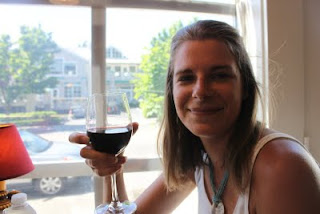 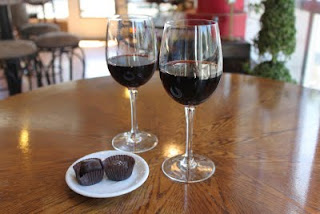 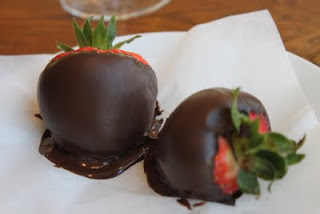 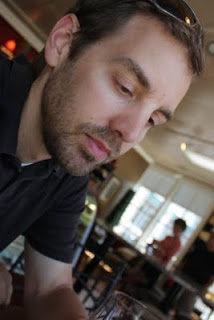