The Olympic opening ceremony is tonight. Well, technically it's happening right now. Live. But because I live in the U.S. I have to wait until tonight and watch it being 'hosted' by Ryan Seacrest of all people. Gross. The BBC streaming is disabled because it knows I am in America, so all Olympic coverage is essentially being held hostage by NBC. I was really hoping there would be a way to watch live but I am not sure that's going to be possible.

This makes me sad because the U.S. coverage will be most of the events they are going to medal in and not so much of the events where they don't. My husband hates watching the New York Yankees because they have all the money so they win a lot - I think that's why I don't like to watch the U.S. in global sports competitions. Growing up in England where we were always the underdogs I like to cheer for the teams who no one expected much from but that overcome odds to win, or place way beyond what they could have hoped.

Exhibit A - Japan beating Spain yesterday in the football first round. That made me happy.

When every reported in the U.S. is saying that the U.S. team or a certain athlete is the favourite and will certainly medal because they are the one to beat, it doesn't make me want to cheer for them. It has the opposite effect, it makes me want some unknown athlete who has little sponsorship opportunity to come along and shine them out of a medal! Not that I dislike the U.S,, please don't hear me say that. This is where I live and I choose to appreciate the good things about this nation, but I think experience of living somewhere that didn't win a lot, and was often the underdog is hard to shake!!

I am Team GB all the way - see my passport, but it won't stop me from appreciating the U.S. team and celebrating their accomplishments too.

I love the Olympics and even though my dream to be in England for the events of the next three weeks is not coming true - I hope that the baby will hurry up and come out in time to keep me company while I am watching some events. It seems crazy that by the end of the games, we really should have our little guy in our arms. He already has little soft toys of the two Olympic Games mascots Wenlock and Mandeville (Thanks, Cole Family) and a Union Jack clipped to the changing table so he can be supporting team GB in his own baby way! 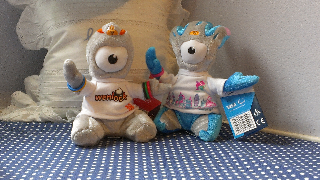 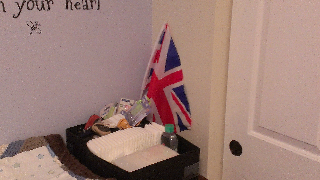 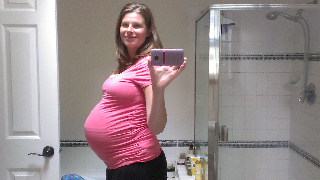